World Championship gold medallist Luke Greenbank is looking forward to handing out the prizes at the Swim England Teaching and Education Awards.

The GB swim star has become accustomed to receiving medals this year after claiming a fantastic double at the World Championships in July.

After storming to individual bronze in the men’s 200m backstroke in Gwangju, he teamed up with Adam Peaty, James Guy and Duncan Scott to claim gold in the men’s 4x100m medley relay.

Now, the 22-year-old is excited to be involved in an evening which will honour the very best of our swimming workforce.

“I’m looking forward to it – attending events like this is something I really enjoy,” said Luke, who will be joined by British Swimming team-mate Freya Anderson. “Most athletes want to leave a legacy and inspire other people, and that’s really important to me too.”

‘I had lots of great swim teachers’

Rewarding some of the country’s leading swim teachers, educators and swim schools will be particularly satisfying for Luke.

“When I was learning to swim I had a great teacher who helped transition me into my club. That was obviously extremely important for my development and my career,” he remarked.

“If children are enjoying lessons then they are far more likely to carry on swimming. Enjoyment is such a big part of it, especially at an early age, and they must want to go to their lessons rather than seeing it as a chore.

“I can still just about remember my first swimming teacher! I had lots of great teachers when I was younger and moved through the groups quickly as I improved.

“One of the teachers was part of the club I went to, which had an anniversary celebration last year. It was pretty cool to see her and all the coaches there.” 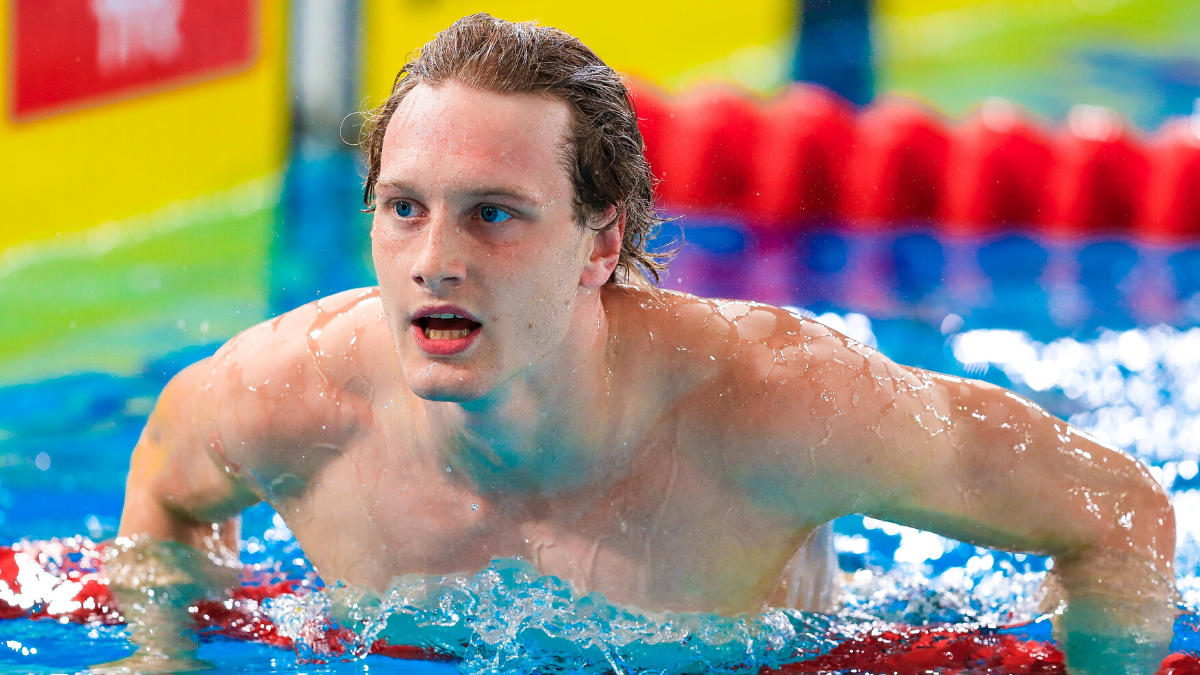 Luke continued: “I had two coaches at Cockermouth where I grew up swimming, Sean Balmer and Eleanor Walsh. They obviously taught me to be a better swimmer but also instilled some important core values as well.

“I know them really well and still keep in touch with them – they’ve been a big part of my life. I think it’s really important to have a good connection with your coaches.

“Instilling those values not only benefits the swimmer in the pool but also in their general life too. Sean always pushed us to take ownership of things and not to expect other people to do everything for you. That’s been crucial in my development so far.”

Looking back at the World Championships, and forward to next year’s Olympics, Luke said: “The Worlds were a bit of a shock, but we knew we were capable of doing it. It was amazing to be part of that relay race and part of a team with three guys at that top of their games. To win gold was an awesome feeling!

“It’s so motivating having the Olympics, the pinnacle of our sport, on the horizon and hopefully within reach. Tokyo 2020 is getting so close now and that is great for my training.

“Training is going well so hopefully I can get a spot on the team. It’s so difficult to get on the GB team now and everyone who makes it to Tokyo will be eyeing finals and medals. That certainly brings the best out of me.”

Lost your certificate or found an error? We offer a replacement certificate service for all of our qualifications and CPDs.